Men can learn a lot from Machines

I was asked: What did you do this summer? The honest (and not very exciting) answer is: traveled around a bit, played bridge with Jack, and watched series and documentaries on Netflix.

A great 2017 documentary I watched is AlpgaGo (directed by Greg Kohns). AlphaGo is a program developed by DeepMind, and this program can play Go at a very high level. Go is a very complicated board game. The documentary follows the developers of AphaGo. The core of the documentary is a match between AlphaGo and Lee Sedol, a South Korean go player, and one of the best in the world. The match took place in 2016. I am sure since 2016 technology has moved on, and AlphaGo has probably become a lot better.

I am not going to describe the content in detail, you better watch for yourself, if you not already did this. The video contains some great scenes, and some great lessons. To test the strength of AlphaGo, Lee Sedol is invited for a match (best of five) against the machine. Lee is willing to do this (he can earn some good money). Before the match is has some compassion with the machine, as he is convinced he will beat AlphaGo. AlphaGo will have no chance, in his view.

The match starts disastrous for Lee, and he loses the first three matches. It is beautiful how the camera captures the unbelief on the face of Lee. He really cannot belief the machine is beating him, but it is happening. After three matches I, as the viewer, certainly had compassion with Lee. You really hope Lee will at least win one match! Luckily, if I understood it well with one brilliant move, Lee wins the the fourth match, to lose the final fifth match to make the final score 4-1 for AlphaGo.

Lee Sedol is a great Learner

After the last match Lee is interviewed. Lee is very generous, and of course he congratulates AlphaGo and its builders. He acknowledges that his initial respect for the machine had been far too low. “What surprised me the most was the AlphaGo showed us that moves humans may have thought are creative, were actually conventional. I think this will bring a new paradigm to Go”.

“His humanness was expanded after playing this inanimate creation”

One of the observers adds: “His [Lee’s] humanness was expanded after playing this inanimate creation”. Lee is not fighting the machine, but realises he has and can learn a lot from the machine. 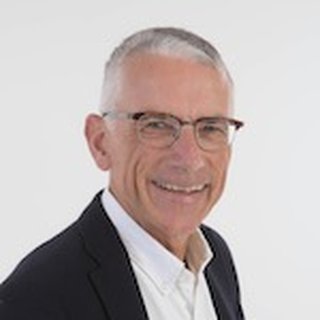