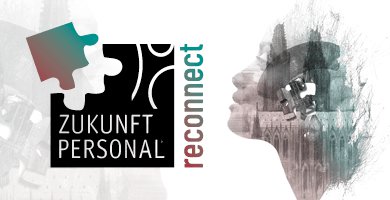 01.07.2021 After one year with intense virtual meetings, Zukunft Personal, the international leading event brand around the world of work, will stress its role in the market as a leading player.  The next milestone: "ZP Reconnect" will be the first HR event to take place live in Cologne, flanked by interactive and innovative digital formats - and will run for around 2 weeks. MORE 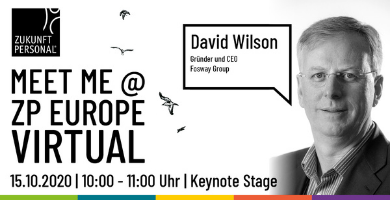 17.09.2020 Zukunft Personal has partnered with Fosway Group, Europe’s #1 HR Industry Analyst to understand the immediate challenges, as well as looking ahead to HR investment, headcount and priorities over the coming 12 months. CEO David Wilson, will exclusively reveal the results of the 2020-21 HR Realities research for the first time at ZP Europe's Virtual HR week... MORE 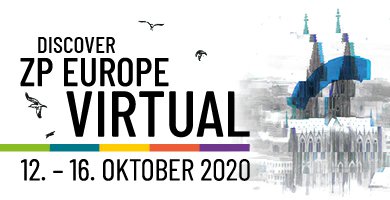 15.06.2020 From 12 - 16 October 2020, Zukunft Personal Europe will take place virtually for the first time. Over five days, the international HR community will come together to discuss the latest trends in the world of work. We’ll be asking the all-important questions: How can we effect disruption in HR? How are the crises affecting the world of work?  MORE 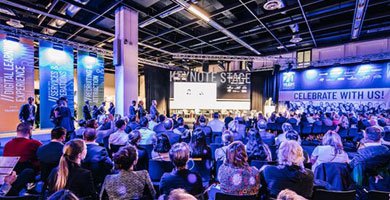 25.09.2019 It is the continuation of a twenty-year success story. The Zukunft Personal Europe came to an end in Koelnmesse yesterday with a record-breaking 20,717 visitors attending the event.  MORE 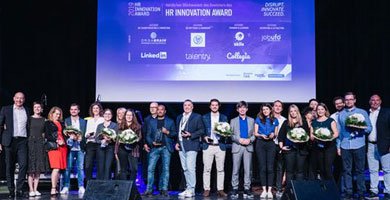 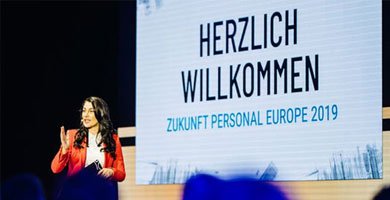 16.09.2019 "Leading in permanent beta" - this is the motto of the 20th edition of Europe's leading exhibition dedicated to the world of work which begins at the Cologne exhibition centre (Koelmesse) tomorrow.   MORE 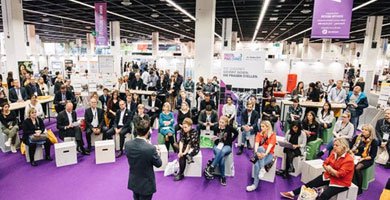 Makeover for Future of Work Village: Experience the ...

07.09.2019 A new layout and a new campus – the Future of Work Village at this year’s Zukunft Personal Europe will give visitors a comprehensive view of digital transformation.  MORE

Accreditation request should be accompanied by evidence of affiliation or association with a formal media organisation e.g. one of the following:

Accreditation request should be accompanied by at least one of the following pieces of evidence to prove your status as a blogger:

Accreditation is open to active members of the media (editors, reporters, producers, radio and camera teams, and photographers)

You are a journalist? Do you have questions or are you looking for information about ZP 365? We are happy to help you!